A whole bunch of photos of Charm

Last Saturday I once again traded my vendor’s hat for a rider’s helmet. This time at the fall Reins of Life benefit dressage show in Michigan City, Indiana. Charm and I did just fine, even though I had a little brain fart in our first test and forgot where I was supposed to go next. The photos are stills from a video of our second test of the day, which went a lot better than the first one. Both of the tests were Training Level, which is fairly low on the totem pole for dressage, but since we’re beginners that is exactly where we belong. So here’s the picture show, with a little commentary on each one. 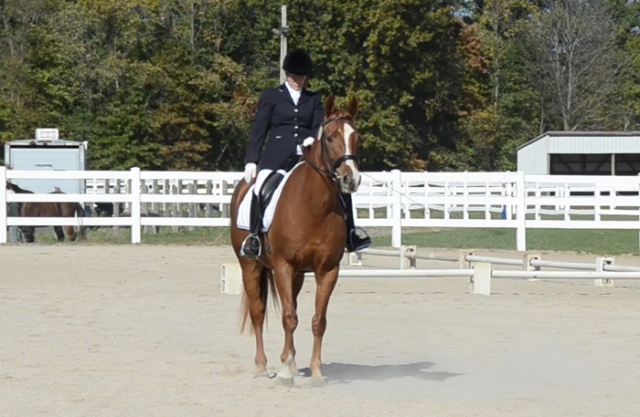 Nice square halt while I salute the judge. All four legs directly under the horse, top of the head the highest point, and looking alert.

Trotting left on a circle. Pretty nice training level frame, which means Charm is carrying herself lightly, her back has no drop, and her head and neck are reaching forward and out.

Looks about the same heading the other direction. Which is a good thing. All horses have a “better” direction, but you try to make them the same. 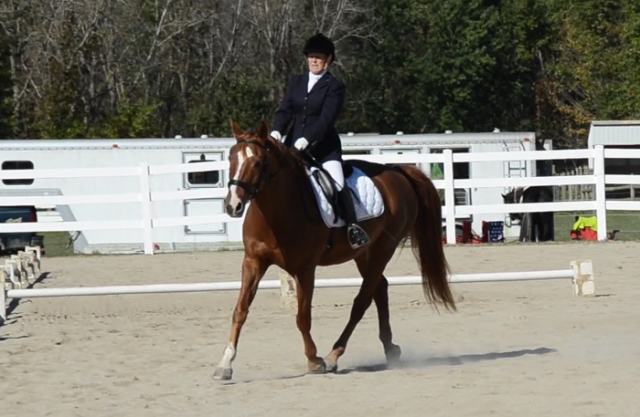 Nice reach under herself with the hind legs in the trot. 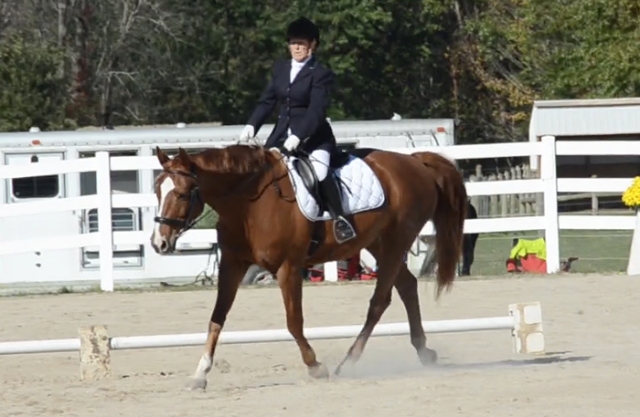 This is the “stretchy trot circle” where the horse’s head is supposed to reach downward and out. Charm’s head should really be down somewhere near the level of her knees. Oh well. 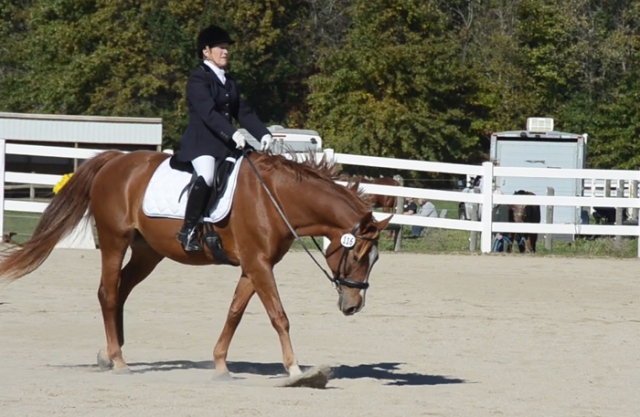 This is the “free walk”, similar to the stretchy trot circle. Charm does this one a lot better. 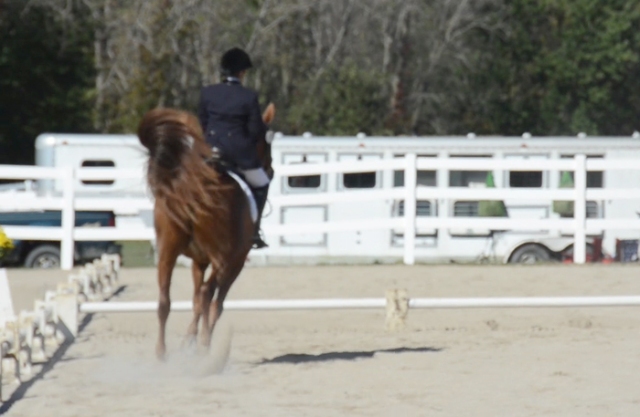 Uphill in the canter, with a nice reach under herself with the inside hind leg. Yes!!!

Very nice, light canter. Just floating along, which is what she’s supposed to do.

So we got a score of 62.2 for this test. That’s about a C+. It’s better than the last show we were in, and that’s what’s important to me–we’re improving! Dressage can be ridden with different goals in mind. Some people compete against others–for either points or percentages (never mind the difference). Others compete with themselves, challenging themselves to beat their last score and never mind what everybody else in the class gets. I’m in the latter category and happy to be there. Oh, and did I mention how nice and even my hands were? That’s a great improvement on the rider’s part!

3 Responses to A whole bunch of photos of Charm